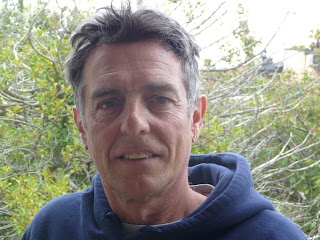 With great delight, the Co-Directors and Council of the Victoria
Shambhala Meditation Centre are pleased to announce the outcome of the
Spontaneous Insight Assembly held on Sunday March 8th, 2009.

Following the heartfelt and thoughtful participation of all those
present, Mr. Jack Lalonde was selected as Centre Director, and he has
cheerfully accepted this position.

Jack has been practicing the dharma for more than thirty years, and
is well known and respected as a teacher and Shambhala practitioner.
His energy, sense of humour, deep commitment to practice, and
friendliness to all, will stand him in good stead as the Centre
Director.


The current Co-Directors will work with Jack during the transition
period between now and June. At that time, there will be an official
retirement and installation ceremony.

We would like to thank all those of you who participated in the
Assembly, and those who were unable to attend in person, but contributed their wisdom
through the voices of other members. Your contribution to the magical
process of Spontaneous Insight is very much appreciated.

Members at the Assembly expressed their wholehearted wish to support Jack’s work as Director in every way possible. We encourage everyone to do whatever you can to work together in whatever concrete way you can offer, for the benefit of our community, with Jack’s leadership.
This event will take place on June 23 after the routine sitting. This will start at 8PM-9PM
KI KI SO SO!
Posted by Victoria Shambhala Centre at 1:36 PM