The Victoria Vipassana Community is pleased to host an Evening with Pascal Auclair, Friday, July 31st, 7:00-9:00 pm at the Helga Beer Yoga Studio, 202 - 1600 Bay Street (Shakespeare St. entrance). We will sit together, followed by a dharma talk by Pascal. This evening is by donation only and baskets will be set out for donations for the teacher, and for studio rental.

Pascal will be teaching a Week-Long Retreat at the Gatehouse on Salt Spring, starting the following day, August 1 – 8. Details on this retreat: http://ssivipassana.org/?cat=12

Pascal Auclair has been immersed in the Dharma since 1997, sitting retreats in Thailand, India and America with revered monastics and lay teachers. In 2006 he was invited by Joseph Goldstein and Jack Kornfield to join the teacher training program at the Insight Meditation Society (IMS) in Massachusetts and Spirit Rock Meditation Center in California. He is now enjoying teaching retreats at these two centers, as well as for True North Insight and the Buddhist Peace Fellowship. Pascal works with families, teens, young adults, and yogis sitting short and long retreats.

Posted by Victoria Insight Meditation Society at 6:34 PM No comments:

Tibetan Art at the Art Gallery of Victoria 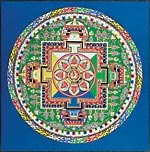 August 14, 2009 to December 6, 2009
The art of Tibet is almost exclusively devoted to the service of Buddhism and is almost never practiced for art’s sake. Tibetan art is representative of the existential character of Mahayana Buddhism known as Tantrayana or Vajrayana (the diamond path or vehicle), which considers its art to be very sacred. Although Tibetan art is religious in nature, it is also rich in artistic or aesthetic value. Tibetan art is evocative and the portraiture, although often rigidly stereotyped, shows a great variety of styles rendered in a powerful and realistic manner, particularly in the treatment of facial features, costumes, appendages and backgrounds.

The making of religious art in Tibet serves several functions. Its actual commission and production are acts for which one received merit, the more images made, the greater the merit. The painted or sculpted image serves to inspire the faithful to reach a higher level of consciousness. This exhibition will feature the Gallery’s extensive collection of painted thankas, sculpted images and sacred or ritual objects. As part of the exhibition, the Gallery is looking to host a group of Tibetan monks to construct a sand mandala. A mandala, which is considered a magical and sacred realm, is a visual prayer and a means of representing the entire sacred universe. It is an all-inclusive symbol and is thought to represent both the mind and body of the Buddha. The basic configuration of a mandala, which is deceptively simple in appearance, is a ring or circle enclosing a symmetrical walled palace with a gateway in each wall facing one of the four cardinal points of the compass. Each detail of its construction has symbolic meaning.
Posted by Victoria Shambhala Centre at 10:10 AM No comments:

Buddha In the Park This Weekend

Posted by Unknown at 6:42 PM No comments: